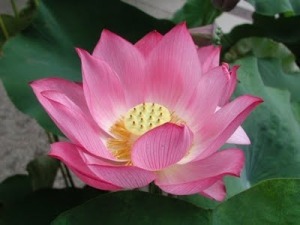 *When you wake and open your eyes, before sitting up, before getting to your feet and leaving your bed (or couch or futon or floor), take slow breaths, fully, inhale and exhale. Start with a count of three breaths–the “cleansing” breaths.

*Push out the thoughts that jump in right away to start dictating the day to you in schedules and responsibilities and this and that.

*Once clear, attached to no specific thoughts, say thank you in your mind. Picture everyone and everything you are thankful for. Say thank you a few times, a dozen, as many as you choose.

*Smile and notice how smiling makes you feel.

*Three more cleansing breaths, full-inhale and full-exhale, and then sit up.

*Stand and start your day, all that you have to do, and notice how well this positive energy stays with you when you let it in first thing. 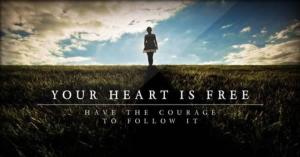 On a Friday afternoon in October, I picked my daughter up from school early for our own special “homeschooling.” Which means I had a half day at work and wanted to spend extra time with Maya but her dad is a little less casual about a school absence in the absence of necessity, and so after writing up a note to the school secretary asking that she be excused in the afternoon, then ferreting her away, I told her it would be possible to explain she was still benefiting from an educational format, considering:

Our first stop was to return a clothing item and replace it with something different, while maintaining a budget (economics); on the way out, Maya sent a text to her good friend, April, to see what her plans were later that night (interpersonal communication); we then picked up lunch from El Basha, a restaurant of Arabic food with photographs from Lebanon, the owners’ home country, placed on the walls (social sciences/culture); we ate lunch at the condo my husband was renovating for work, and afterward pitched in with the work day by brightening up a weathered mailbox and its stand with glossy white paint (business/home ec); and in the background as we worked, my husband and his coworker spoke to each other in their native Arabic, and I pointed out words here and there to Maya (language/culture).

Then we had our psychology/spiritual/life-coaching period of the day. I opened up discussion on life plans and her direction in school now, as a high school sophomore, and in the upcoming two years as she prepares for college. We talked about grades and success, and how grades are not the only indicator of success, yet it certainly doesn’t hurt to maintain a good GPA for admission opportunities to colleges, or for basic personal reasons–if it’s important to you. She had been worried because (like her mom, sorry dear) she’s a good student unless math is involved. And in an educational system where As and Bs and an occasional C create an aesthetic landscape on a report card, those other remaining letters tend to make a look like a war-torn city or a really bad work of art. We are very conditioned to feel awful at the sight of a D or an F on the landscape of our grade world.

Look at the world world, I asked of her. When you get into it, this whole, big world with more diversity than that within the walls of the high school world you are used to, you will find that what stays with you is the knowledge you gained and keep gaining, the intellectual skills you have developed, and most importantly, an understanding of how to synthesize information, skill, and responsibility. Or, even more importantly, you’ll find you have more confidence to set out into this world and let your already compassionate soul grow with more beauty and understanding. Grades do not make you good or bad, smart or stupid, superior or inferior. Some of the most responsible people I have met have perfect grades, and some of the smartest I have met have had average to well below average grades. And vice versa. Likewise, some of the most creative, successful people I have met have a history of high GPAs, and some of the other most creative, successful people I have met have had horrible school histories of inconsistent grades and even dropping out of high school or college. You will find all kinds of people with all kinds of grades, making all kinds of exceptions to the expected rules. A low grade doesn’t mean you didn’t learn, just as a high grade won’t ensure you did. School prepares you for life in many ways, studying is about building skills and increasing knowledge doesn’t mean only showing competency in subjects.

We talked in the cool October afternoon sunlight, painting a mailbox, observing through an open garage door and front door the hard work taking place inside the condo: carpets removed, wallpaper stripped and walls freshly painted, lighting and wiring reconfigured, doorknobs and other fixtures replaced. A worn-down former home transformed into a new, lively, and welcoming warm place destined to be a home again. All through dedicated, time-consuming, hard work.

Life is about experiences, work, progress, transformation. School takes dedicated, time-consuming, hard work; learn to work in school, and you learn to work outside. Also learn to work outside, and you will learn to work in school. Be successful in school, is my belief, for the sake of finding personal accomplishment and joy in it, but not for the sake of pleasing others. Be proud of what you accomplish and don’t judge yourself or anyone for how much or how little the accomplishments seem. Learning is like life–a journey, one you should love and find joy within, not a race! You never know what might change, for better or worse, so find an understanding of success that is meaningful to your life. 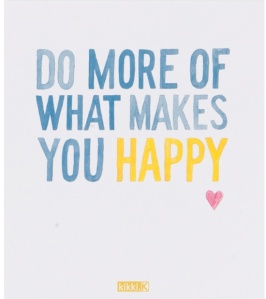 It was a lovely afternoon. I was thankful for a good talk, the time together, the slow but purposeful pace of the day. Later that night, while making a cup of tea before bed and talking to Maya about her evening out with friends, there was a lapse in conversation from her. I looked out from the kitchen to see if she had gotten lost in text messages or tweets, and she looked up at me with an expression of sadness and disbelief, saying Mom in that way that alerts you, as a mom, to some type of hurt in your child.

What she had discovered from friends, now that the news was out and passing among teenagers from the uniquely interconnected Catholic school community in our city: three students from two of the area Catholic schools, if not known by everyone personally then at least known by name, had been in a car accident earlier in the evening while driving across a highway to the entrance of a pumpkin patch, a place that many families and teenagers in the area visit each autumn. Two were in critical condition; one had died.

Nate, a fifteen-year-old, less than a month away from his November birthday, and a passenger in a vehicle his girlfriend had been driving, did not survive the accident. The two girls in the car, very thankfully, have been recovering over this last month, one of them having overcome a precarious period of being left in a medically induced coma due to internal injuries. Many in the community offered support and the girls stayed strong, and they have inspired others with their strength. In the wake of the accident, there were a number of stories in the news sharing the life of Nate, and a number of responses about how inspirational the stories had been.

He had been a fifteen-year-old sophomore in a Catholic boarding school for boys, where he was active in school activities, a successful student, and a role model. He was energetic and focused and positive. He had wanted to be a Navy SEAL and was given the chance recently to meet Navy SEAL members. He had impressed them with his motivation and his love of life: On November 5, 2013, his 16th birthday and nearly a month after the accident, a presentation was given in which Nate was named an honorary Navy SEAL and a SEAL pin and an American flag that had been flown overseas were given to his family.

Earlier on the day he died, early that October afternoon, he had been at home studying. His parents explained how he had been released from the hospital a day earlier following surgery to remove kidney stones and was devoting his time to staying caught up with school work. He was a good student because he wanted to be, he seemed naturally motivated to not just succeed, but to truly learn and go forward. Even if at fifteen he maybe didn’t know exactly where he would end up going in life, it seemed he knew exactly the best way to get anywhere meaningful: with focus, devotion, love, and immersion in what you are doing.

Many people left comments on articles or other places online to say that though they hadn’t met Nate, reading about him had inspired them and they just wanted to let his family know he had truly had an ability to inspire others in his short lifetime.

That was something I had forgotten to mention to my daughter on that October afternoon when we talked about life plans, which can be altered in a minute, a few seconds: life is also about inspiration. Let yourself be inspired by others, by their energy, their positive outlook, their kindness, their adventurousness. Don’t try to be the inspiration, because we don’t always know how we will inspire others. It will happen naturally, in its natural give and take manner. It’s all a part of our interconnected existence, the unavoidable ways we will affect each other, sometimes in bad ways, but so much more often in good.

Let existence inspire you also. Look around. It’s sort of crazy to stop and see everything for what it really is–a world of interconnected, organized, holistic systems. A world of amazing acts of creation that we can’t fully explain. A world of natural beauty that we for some reason have the intellect and the emotions to recognize as such.

Life is a learning process and a living process and a process of immeasurable beauty. Life never asks for us to be perfect, it only asks us to look around and find a place in it where we feel we most belong. 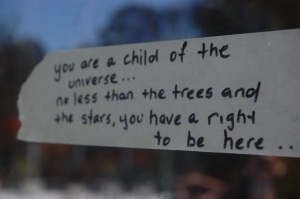